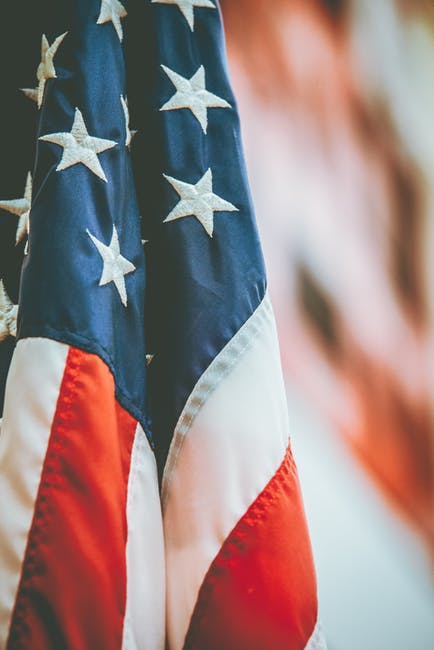 The population of the United States is over 330 million and counting. That's a lot of American pride!

No matter where you are in the world, if you are an American and are proud to be one, you can show this is by hanging an American flag proudly from your home.

However, there are several rules that govern where and how you can hang the flag. It is wise for you to know them because the last thing you want to do is dishonor the flag and your nation in any way.

The rules can be tedious and often depend on the situation and even the type of material that the flag is made from. Here is a comprehensive guide that will help you know the rules for hanging the American flag.

There are specific guidelines as to how the flag should be hung and carried.

It should not be carried flat, horizontally, or worn as clothing. However, if you are wearing a lapel flag, you should pin it on the left side of your chest, close to where your heart is.

There are also strict rules for positioning the flag when it is being flown. The position of the “union” or the blue field that has the fifty state stars, should always be in an upward position on a pole.

2. The American Flag Must Be the Most Prominent

Another exception is the church’s pennant, which is flown above the American flag during services performed by a marine chaplain while at sea.

3. Hanging the American Flag All Year Round

Your flag can be placed on the outside of your home or inside, every single day of the year, if you choose. However, it has to be an all-weather flag, which is usually made out of nylon, or other non-absorbent materials.

Here are some important flag dates you should be mindful of:

One last thing to remember is that if there is a storm coming, you should take down the flag. If you have flags made from cotton or silk material, it is best to keep those indoors.

4. Raising, Lowering and Saluting of the Flag at Home and Elsewhere

If the flag is raised at sunrise, this should be done quickly. It should be lowered gently and ceremoniously at sunset.

The salute should be held until the flag is taken off the halyard. It should also be held through the final note of the National Anthem. To do a salute, everyone should come to attention, and those in uniform should give the appropriate formal salute.

Persons who are not dressed in uniform should salute by placing their right hand over their hearts.

5. Placing the Flag on Your Vehicle

Let's face it; there are times when you will want to hang the flag from more than just your home.

Your flag can be placed on your vehicle, as an act of patriotism under certain conditions. It should not be wrapped over any transportation. Wrapping the flag over trains, cars, boats, motorcycles, or bikes is strictly forbidden.

Instead, it should be hoisted on a pole that is placed on the chassis. It can also be clamped on the right fender. You are also allowed to place the flag on the passenger side of your car if you ensure that the stars are at the upper right-hand corner of the vehicle.

6. Things to Bear in Mind About Handling the American Flag

The United States Code has strict rules when it comes to handling and using the flag. It outlines that the flag should not be printed in any way on paper napkins, boxes, or anything that will be temporarily used and discarded.

Although you may be excited to display your national symbol, be mindful of the rules, so you do not dishonor the flag.

A Final Look at Hanging the Flag

The flag is meant to be a flag and should not be used for any other purposes. It should be treated with honor and pride.

It is a symbol of great honor that should always be placed in a superior position when displayed with other flags. The American flag is a symbol of national pride that surpasses all other symbols in the nation.

It is important that all citizens know how to hang the flag and the rules surrounding its use as a patriotic symbol. The American flag is something to be proud of as it recognized worldwide as the symbol of a nation determined to face challenges and come out victorious.

Always remember the rules that are listed here they will help you when you are hanging the American flag both outdoors and indoors. If you want more tips on how to hang your flag and practice etiquette, feel free to contact us.